What You Need to Know About Emojis 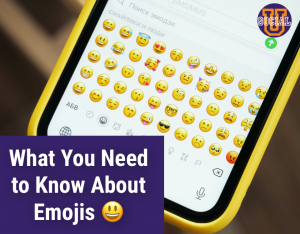 Whether you love them or hate them, there is no doubt that emojis are an important player in digital marketing. Let’s look at some stats.

In 2021, 217 new emojis were added. That puts us at about 3,300 total emojis, which is a far cry from the around 100 we started with. It’s constantly growing. Every year more are added. 92% of people online use emojis every single day. 10 billion emojis are sent every day.

Emojis are processed by the brain differently than words. They’re a non-verbal form of communication and our brains process them as an emotional form of communication. This allows the emoji to enhance the message you are trying to convey. An MIT study found that people can process images in as little as 13 milliseconds. This makes emojis a powerful tool to communicate emotional information in a glance. The most common emojis used are the smiley face and heart.

70% of people believe images express their thoughts far better than words. This 70% is mainly comprised of those under 55. Those 55 and over offer the biggest pushback to emojis in the workplace. Another study found emojis solidify an overall positive impression. 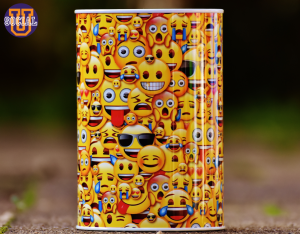 How Emojis Relate to Business

So should you start including emojis in your emails? Well, 78% of people say using emojis makes you more likable. If you are coming across as short or terse, you might consider adding an emoji. We’re not saying to put LOL after everything because that would drive your clients crazy. However, an emoji here and there can soften your message and increase your likability.

63% of people think emojis increase your credibility. 45% of young adults (ages 18-29), believe it’s ok to use emojis in emails and other communications. You have to know your audience. If you cater to the over 55 crowd, emojis probably aren’t for you. Otherwise, feel free to throw them in. A recent survey of 1,000 workers found that 75% already use emojis in their communications. Can you use them in business? Absolutely.

Emojis in Social Media and Branding

Tweets featuring emojis increase engagement by 25%. Facebook posts experience a 57% increase in engagement. Instagram content with emojis will see an increase of 48%. Are you seeing the consistency here? Comments and shares increase by almost 33% when emojis are in use.

An emoji in the subject line of an email increases the open rate by 30% and the click-through rate by almost 30%. When you consider the average open rate on an email is 16%, and you can increase that by almost 30%, that’s incredible. If you are getting a click-through rate of 20% that’s amazing, but if you can increase that another 30%, you have to do it. If a brand uses a person’s favorite emoji in the subject line of an email, the chance that email will get opened jumps 64%. Push notifications with emojis are opened 85% more than those without. 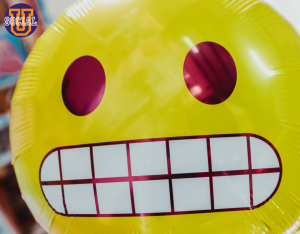 A Couple of Case Studies

When Disney used emojis to promote The Force Awakens, it had a tremendous impact. Also, when the Beatles launched on Spotify, the hashtag #beatlesonspotify was 4 times more popular when it included an emoji. They captured 83% of the conversation.

Now, if you’re an attorney, emojis may not be as great for you. If you’re a wedding planner, and your target demographic is girls between the ages of 18 and 28, you better be using emojis. Especially use them in your email subject lines and primary communications.

Where Can You Find Awesome Emojis?

Regardless of where you get your emojis, just be sure to check the meanings.  Just like with hashtags, you don’t want to accidentally use something with an adult content connotation and it’s not always the ones you’d think. It’s important not to misrepresent your company. 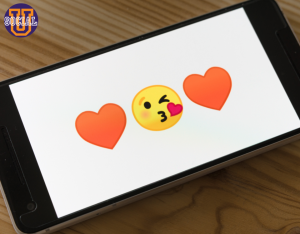 If you’ve been on the fence about whether emojis are appropriate in business, consider this your permission to use them as long as your target audience isn’t primarily those over 55. 🤓 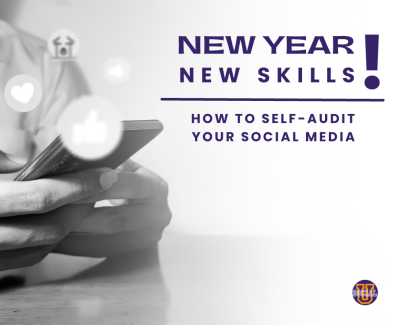 New Year New Skills: How To Self-Audit Your Social Media 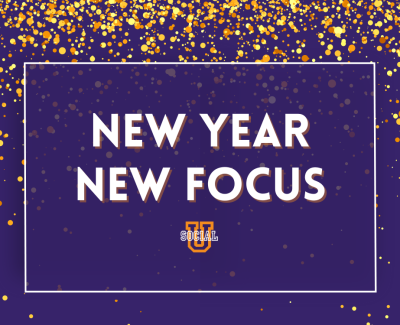 The new year is here, and it is time to refocus your social media. Getting back to work after the holidays can be difficult. You've gotten used to watching Christmas movies on the couch and eating non-stop, but now is the time to regain focus on your goals and plans.... 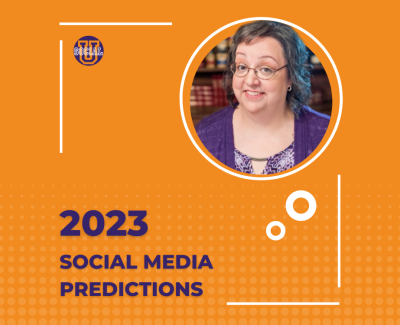 The new year is almost here! Social media changes quickly, and it is our job to keep up with those changes. We keep up with them so well that we can often predict what will happen in the future. We have successfully done this in the past, and it is fun to look back...